Well..*sigh* things aren't looking to much better...I have FINALLY found out what it is he has...But let me first recap the events...He had his ct..Doc didn't come in to tell us what was up all day. I kept asking the nurses what was wrong with him. They didn't know. One nurse i talked to said they knew but couldn't tell me because they didn't understand it. He was on antibiotics all night long. The next morning 6 am the doc comes in to tell him they are going to perform surgery to cut the infection out. IT is not responding to the antibiotics....I'm devastated....But not as devastated as i was when i found out just what it was we were dealing with...Anyway, he has the surgery the doc comes out and tells me "Well it went pretty well..He is sever diabetic...The infection has went up into his abdomen so I'm going to have to go back in several more times...As I told Ron this disease is life threatening...A lot of people die from it."

1. He had already been there for over 24 hours NO one had said he was diabetic..
2.Nor did they test his blood sugar....
3.nor did they give him any sort of medication for it..

Well I still didn't understand what was going on. I went home changed my clothes and waited for him to go to ICU...I went to see him in ICU and to my utter amazement he looked so awesome! I mean u would not know this man was sick. I had such high hopes when i seen him. He was in good spirits talking to me laughing!

Then the nurse came in....She asked if we knew what it was that he had...Of course we said no. She then began to explain it in detail....Necrotizing fasitis...To put it bluntly "the flesh eating disease"....My heart sank...She said " And MOST people die from it, its a nasty nasty bug. It will eat you from the inside out"

But she said you are healthy and u are gonna make it thru this. I was truly devastated. I came home looked it up on the Internet and 30% of people die from it. That is 3 in 10 people! The only things that are keeping me from not breaking down and losing it are ...My 4 lovely children... The fact that he is a healthy person and i know his body is going to fight. He is strong.....And damn it I cant be left here with 4 kids to raise all alone. He helped make them he has to see how they turn out!

The doc came in this morning said no surgery today. All they can do is remove the dead tissue and hope it doesn't progress. I'm praying...They will most likely go in again in a few days...He is going to have to have a colostomy bag so it wont make the infection worse....*sigh*

I love him he truly is my world. We fight and i get mad and he gets mad but i cant imagine my life without him. Ive always felt god put us together because we were perfect for each other. Ive always felt he is my soul mate...And to be without ur soul mate...Well its just a life that's always gonna be missing something very important,if i didn't have kids it wouldn't be worth living...So i wont let him go, and I will MAKE him fight even if he wants to give up I WONT let him! And we WILL get thru this.


I took my oldest Raven to go see him today. She has been begging and i really wanted her to get to tell him she loved him. I think it made her feel better to see him because he looks so good. She drew him this pic on his white erase board in the room...It made him smile. I typed this yesterday before i went to see him...LAst night I went back...Had high hopes that he was going to get better. Came home and got another blow...They are for sure closing the chocolate factory here by the first of the year...Means Ronnie has no job...Im speechless..

Thank you for all your prayers and thoughts and luck and whatever else u send my way. We need it now more then ever before!
Posted by Unknown at 5:12 PM

i don't even know what to say. i'm sorry doesn't even fit in a situation like this. and to know he's going to lose his job is just an extra blow you don't need. but another job can be found. just concentrate on him getting better & out of the hospital. hugs.

I am thinking of you and your family. I'm praying that everything turns out for you.

May God bless and keep you.

o maire!!
i will pray for you and your family and for ronnie to recover.
I hope the doctors can get all of the infection.
be strong!! you are in my thoughts
((hugs))

I am lost for words Marie. I will be praying for Ronnie and all of you. Keep thinking positive thoughts.

Oh my. I'm so sorry Marie. I can't even imagine how you must feel. I'll pray for you and ronnie and the kids.

OMG sweetie... you are in my prayers.. I HOPE and PRAY He will get better... That he is the person who DOESN"T BELONG TO THAT 30%..

Marie, you and your family are in my prayers. Keep thinking positive and it will all work out!!

all my prayers and hopes are going you way sista! be strong for your babies..

mmy gosh girlie, this is a lot to take at once! you, ronnie and your little ones are def in my heart right now though!

My Gosh! We're thinking of you guys as well. Time to remember the preciousness of those around me.

I have no idea what to say...just crazy.

Just like you said, god brings us together for a reason, so maybe this is happening for a reason too...we never know what is right around the corner and maybe it is something that will take your lovely family in a whole new direction...I pray for you and him and I hope that you two will find the strength to ge through this together! Sweetie, I will send my positivity and hope and sunshine your way and hopefully something gets to you! Thinking about you and your sweet man!

thinking about you, girl...sending prayers. YOu are going to get through it. Everyone is behind you 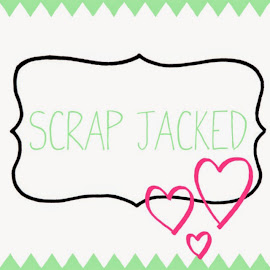 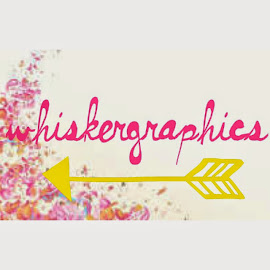